Skip to content
0 shares
We were turning on our sprinkler for the first time and found out that there was a break. The previous owners did not winterize the sprinklers and I guess (finding this out about a week ago from the previous owners) the pipe broke right after we closed on the home, in-between them moving out and us moving in. But they did not tell us until I called to see what was going on with the sprinklers. The break was just to the right of this pole. 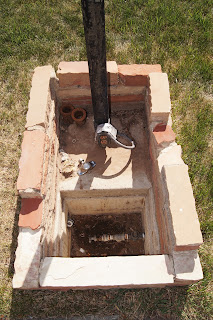 After digging out the dirt, we found what we were looking for. See the breaks… 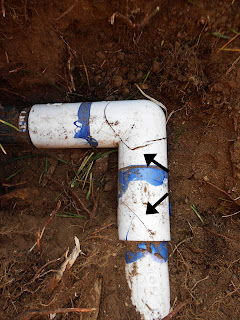 We turned on the water just to make sure that was the only break. Water was only spraying out of the two breaks and got my camera a little wet (that’s OK I really need a new one, on my wish list). 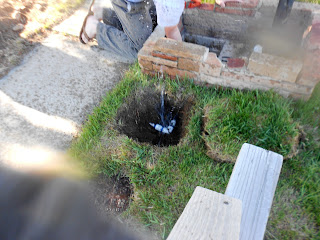 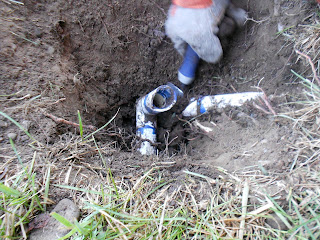 Pipe all removed, I took the picture before we cut the pipe with the glue still on it. 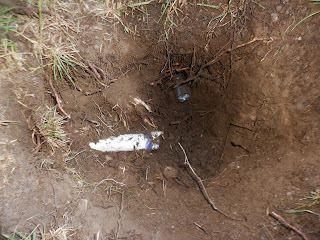 I took the pipe into the store to get the exact same supplies. 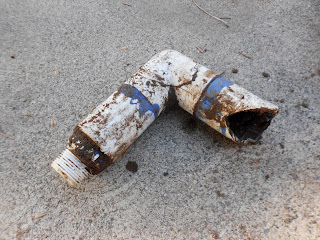 Plus we needed some glue, we went with Christy’s Red Hot Blue Glue, the sprinkle guy told me that this glue has primer already in it so no primer needed. 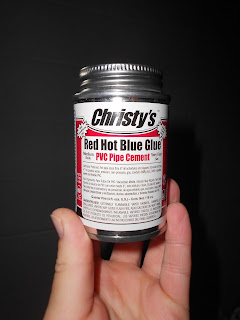 Pipe all fixed, after using a PVC pipe cutter and some glue. 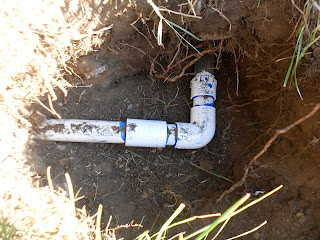 We also had to fix a pipe that was dripping in the sprinkler box, was not glued. Here is my husband cutter the pipe. 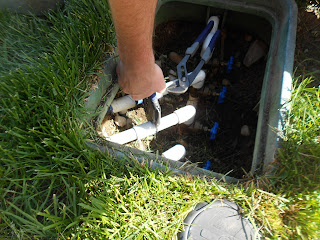 We still need to replace a couple sprinklers at are old and not working so well. That will come soon.
Cost Breakdown:
PVC Supplies + Glue- $10
Tools (Cutter & Wrench)- $22
TOTAL- $32
0 shares

Hey there, I’m Megan! I am here to inspire you to makeover your home into something you can love by sharing do-it-yourself home projects and woodworking builds. Learn more about me.

Is packed full of tips and breaks down what you need to know when you buy your next power tool.